In my last post “A developmental journey into Unreal Engine” I detailed my plan for the next few months as an artist utilising Unreal Engine as a platform to create my own pieces of work. The first piece of work explores the concept of ‘Isolation’ based on a model using boids.

The next step was to research other work to inform the aesthetic of the piece. I created a moodboard containing images and videos of work I came across that reflected the artistic direction I wanted to go in and give me ideas in how the final piece will look, or just act as a stimulus for a starting point. Here are some examples of work and the reasons why I chose them.

These two pieces of work instantly caught my attention as they demonstrate how my piece could be executed with a clean and very simple look. The work is interactive through touch or motion. The second image gave me the idea of soundwaves and how the final piece could somehow end up combining the idea of a soundwave with boids under the theme of isolation. 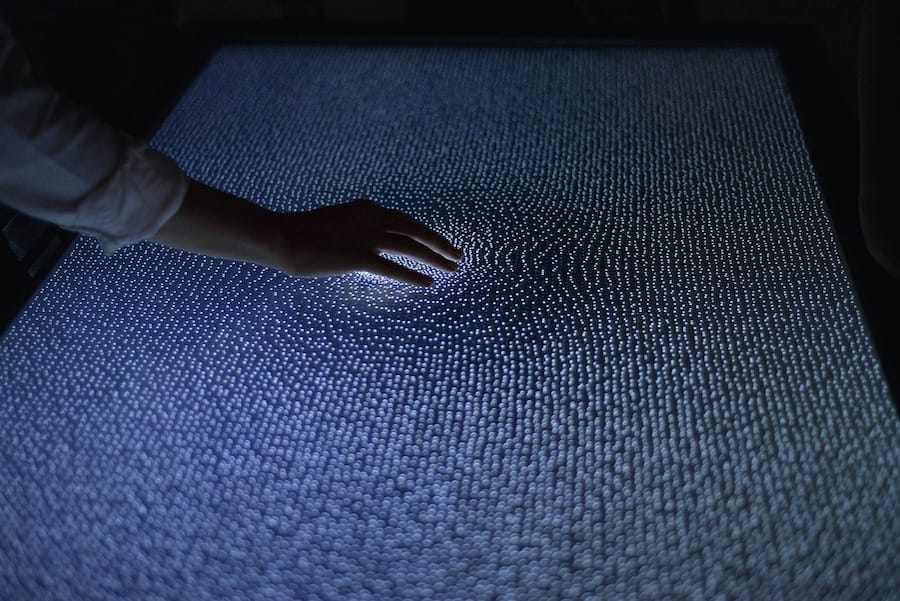 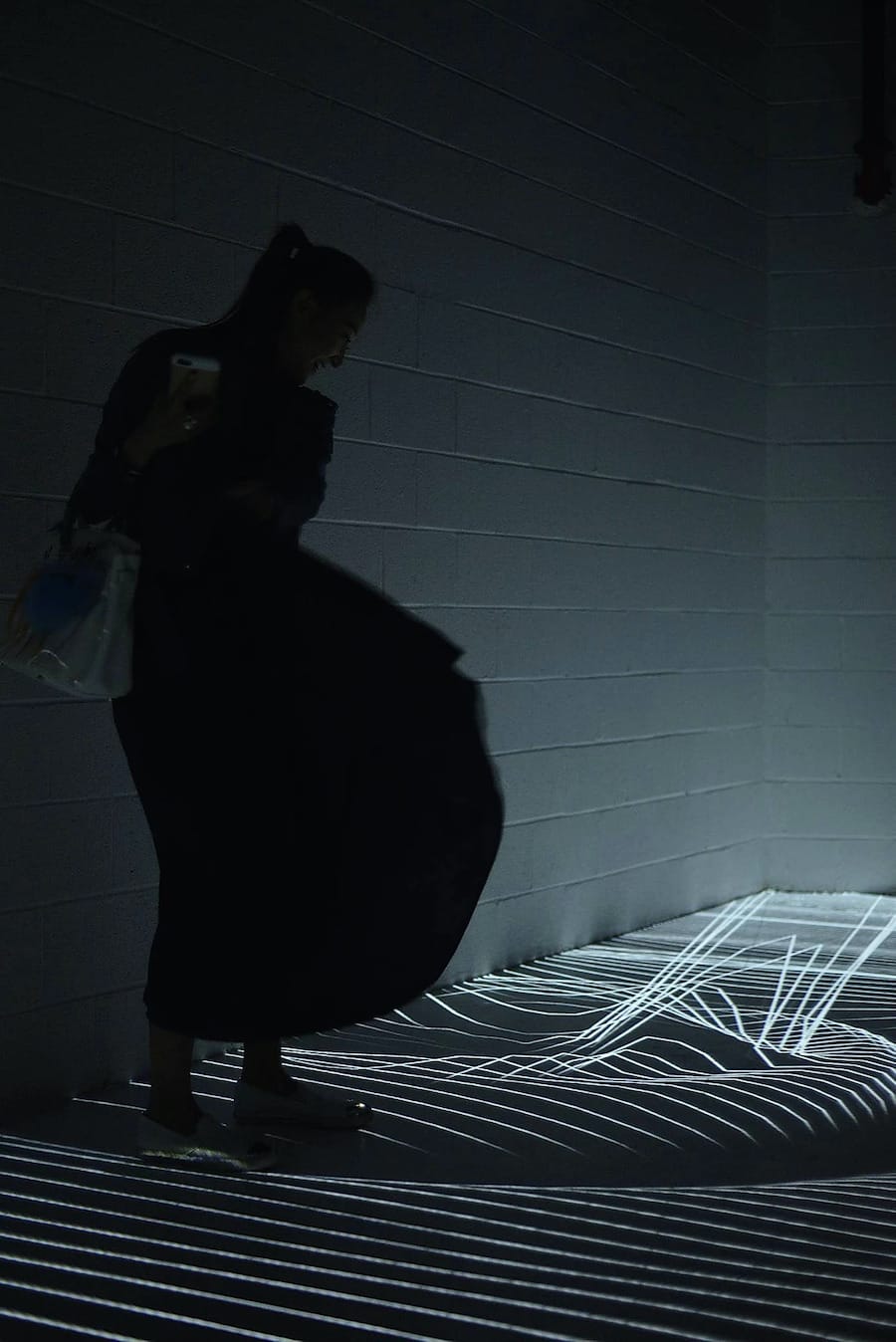 Mentioned in my previous post. I really like how the concept is made very clear in this interactive game. The aesthetic is also simple with an instantly recognisable cartoon style. 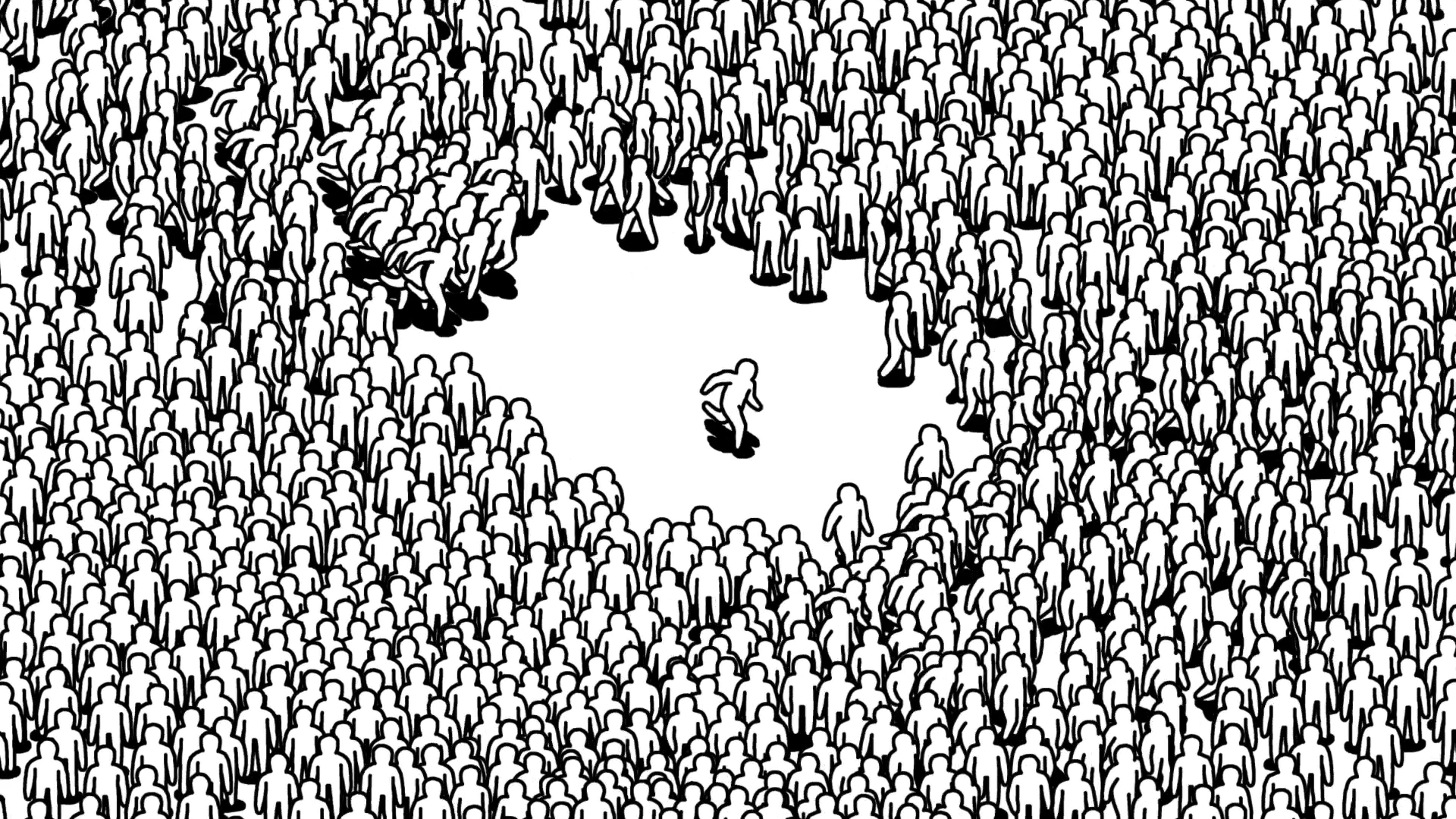 In this game you are a petal flowing through the air which you control by tilting your controller. As you navigate through the landscape you find new flowers and help them grow while adding more petals. What struck me was the use of colour, the way the grass ripples in the wind like waves and the elegance of the whole game which is very relaxing and enjoyable.

Based on these selected works and others, I began to put together my ideas and form the final concept of the piece, how it would look and interact. The original idea was to use some sort of boids model utilising the Niagara particle system in Unreal Engine. Rather than come up with the full concept and design beforehand I decided to build a prototype in Unreal in order to help me understand what I could fully achieve and then based my design on that.

The rules I set myself were to:

Once this prototype is done then I could begin forming the final aesthetic.

This site uses Akismet to reduce spam. Learn how your comment data is processed.